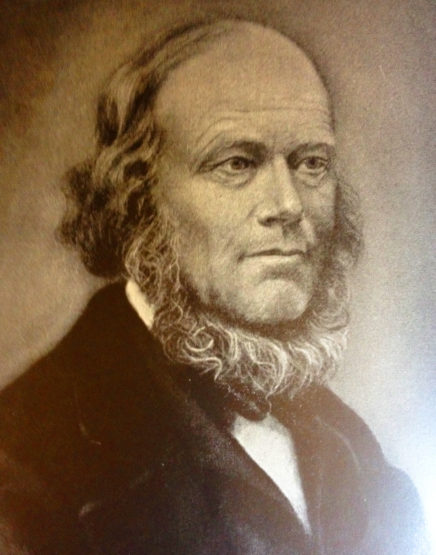 Jonathan designed and forged, by hand, his first repeating rifle as early as the year 1831. Since then action efficiency and simplicity of construction were critical in the making of this early gun and every other product by Browning’s.

Browning was originally from Tennessee. He moved to the mountains of Kentucky while still a young boy at a time when the Kentucky rifle had gained popularity. It is in this environment that he acquired the knowledge of making guns that helped him start his own shop at a young age. He later relocated from Kentucky and started a gun shop in Nauvoo, Illinois. He later moved his shop to Kanesville, Iowa, near Council Bluffs, where he stayed for two years.

On September 19, 1849, he produced two repeating rifles in a humorously worded advertisement in the “Frontier Guardian”, and published in Kanesville. Notably, the “slide” repeater was among the few guns he developed which had considerably superior features. The gun had a five-shot magazine consisting of a rectangular bar of iron with holes to accommodate the hand loads, the bar sliding through an aperture at the breech from right to left and being manually operated. This gave it from the shoulder, additionally added to the rate for which the firearm could be fired as compared and the conventional muzzle-loader.

Pressure loss was prevented, and velocity increase was achieved by making a positive the advantage of advance loading so that the magazine could be put into the gun and moved quickly into firing position for five comparatively fast shots. Additionally, it was convenient for the shooter to carry several extra loaded magazines which could be promptly slipped into the gun as required. The closeness of the forefinger to the hammer, which could be cocked without bringing the firearm down the gas-tight connection between the slide magazine and the barrel. It was achieved using a lever situated on the guns right-hand side, and operated by the thumb which forced the slide against the barrel as each load moved into line with the bore.

As compared with the guns of those days, this gun was a great improvement and credit goes to this designer for skills necessary to make by hands such an arm with the few crude tools available in a frontier country. The repeater was the next gun in line that comprised of a cylinder holding six shots. A cap was placed on each nipple while the powder and ball were loaded into the cylinder. Cocking the gun involved drawing the hammer backward which as well revolved the cylinder in the same manner as the single-action revolver. Compared to the slow single-shot which was the people’s only rifle, the two repeating rifles which were produced here gave the Pioneer people greater protection from Indian invasion and massacre. Although they were never patented, they were very reliable which increased their popularity. Jonathan Browning and his family later left their home after accumulating enough money. Due to his reliability and knowledge, he was appointed to captain a wagon train westward and despite the risks associated with traveling in those days, he managed to bring his company safely into the Mormon settlement which is presently referred to as the State of Utah where he opened a gun shop in Ogden in 1851.